We’re clearly going to have to make this a regular feature.

And it’s not as though the competition isn’t stiff.

This, for example – even by Murdo “God Save The Queen’s 11” Fraser’s standards – is a remarkably open and brazen display of sectarian dog-whistling.

For those of you, like us, who had to look it up:

So that’s triumphalist Brexit sneering, tying football to religion AND flat-out factual inaccuracy (Celtic are by no means out of Europe – they still have two games in the Champions League left and are likely finish third in their group and therefore be in the Europa League after Christmas) all in a single 20-word tweet. An impressive feat of efficient bigotry and stupidity, if nothing else.

But of course, Scottish Labour are rarely outdone in the dribbling-clownery stakes. 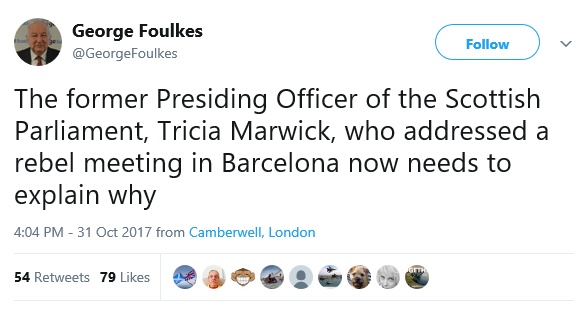 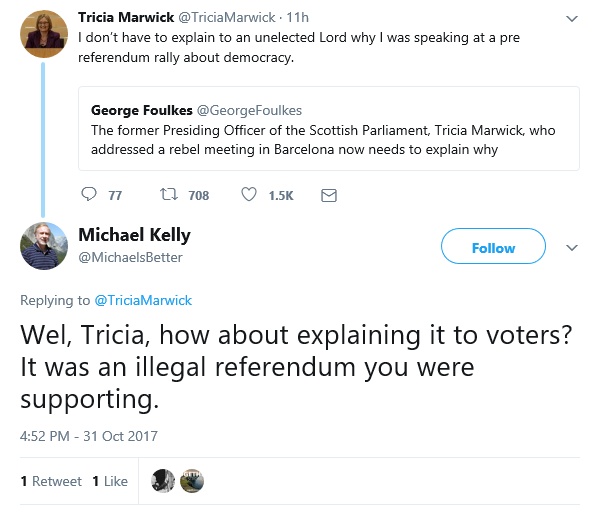 (The timeline of Kelly, former Labour Lord Provost of Glasgow and one of the Celtic directors who took the club to the brink of bankruptcy in the early 1990s, is an eternally reliable fount of jaw-dropping buffoonery on any subject you can think of.) 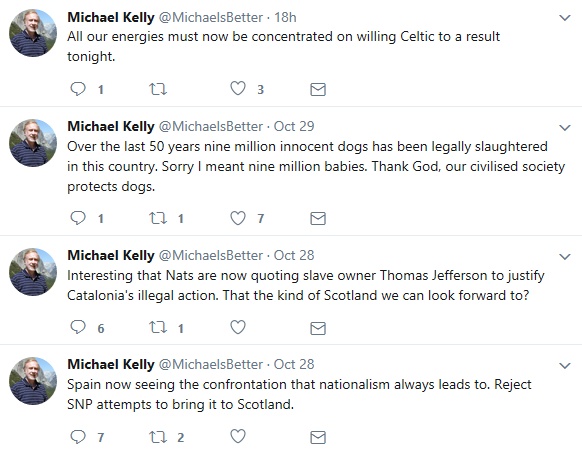 They’re usually more careful about pretending to oppose the Tories than this, too: 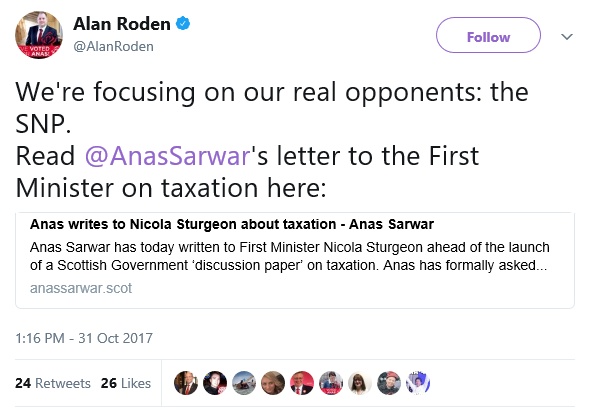 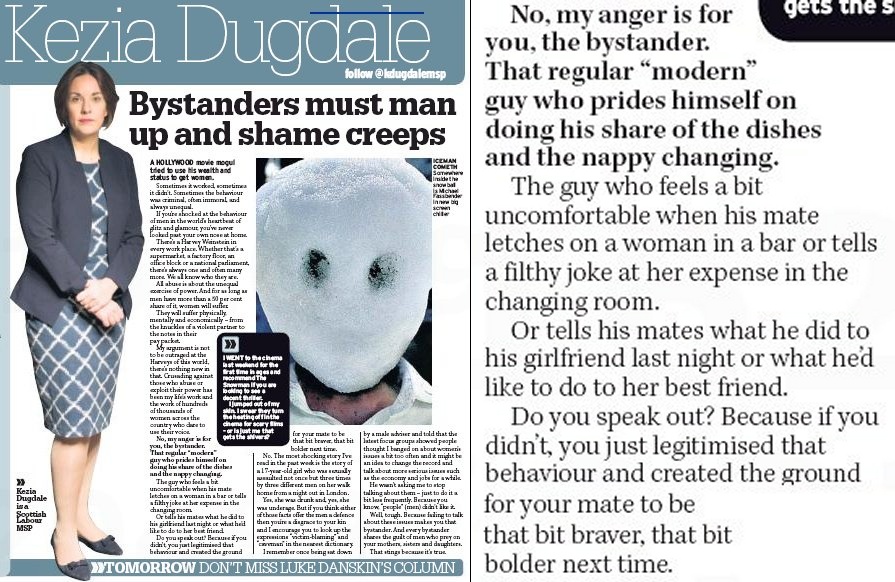 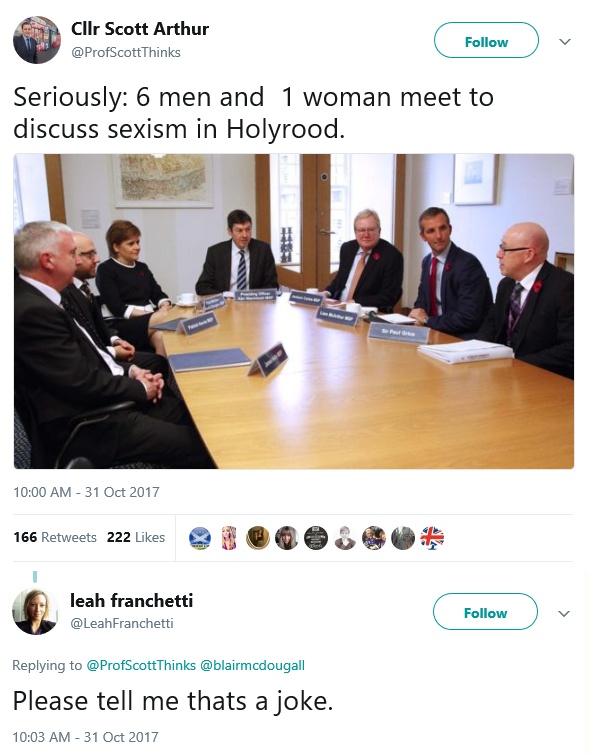 Particularly as both the Presiding Officer (elected as a Labour MSP) who chaired the meeting and the official representative sent by Labour were, um, men, despite half of the party’s MSPs being female and presumably available for the job.

Sadly, of course, as Annie Wells demonstrated so ably at the start of this article (perhaps the first time she’s done anything ably since being sort-of elected last year), switching the gender of Unionist M/SPs in Scotland is no guarantee of a higher IQ.